What Exactly Are You Looking For in a President? 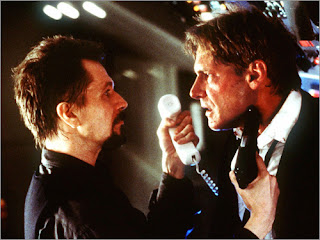 Like it or not, the 2012 Presidential election season is just about upon us. Although I hate to hear the most vocal blowhards deriding candidates that have already announced, some of the criticisms are making me laugh in ways that were not intended. Some people are so married to their political party that a considerable effort is being spent on their part telling anyone who will listen how the recession is either Obama's or Bush's fault, how Bachmann is crazy, how Kucinich is funny-looking, how Palin is a ditz, how Obama blew his chance today (just after the stock markets spiraled downhill in response to the S&P downgrade) in his speech which was to have reassured Americans that the economy isn't tanking.

From what I hear, his speech fell short. Or it was well-received. Again, it depends on who you listen to. Pretty much anyone these days is delivering their evaluation of our President, and of those who want to be President, based on the personal agenda of the one doing the evaluating. Many Republicans do not want to admit that Clinton might have been good, or that Palin isn't presidential material. And many Democrats are still hanging our nation's ills on Bush.

The thing is, I am not sure what people want in a President. Is it about good speeches? Is it about  the performance of the stock market? The unemployment rate? The ability to work with Congress to get a budget passed? The number of bible verses he is willing to use publicly? How photogenic he is? How he represents the US to other nations?

ESPN/Grantland columnist Bill Simmons did a poll a few weeks ago of the best movie presidents ever, and the top two vote-getters were Harrison Ford in Air Force One, and Bill Pullman in Independence Day. In the latter one, the character who is the current president is a former fighter pilot who joins in the effort to ward off the aliens. While he's still our president. In Air Force One, Ford's character fights off the kidnappers the old-fashioned way: with his fists and feet.

I can't imagine anyone who was a real president in my lifetime doing that. Can you picture Jimmy Carter doing that? How about Richard Nixon? Clinton? Bush?

It's true that Simmons' poll is massively unscientific, but thousands of readers did chime in. When facing a choice among presidents who did statesman-like political things (think Michael Douglas in "The American President") vs. the ones who fought bad guys, the voters proved that what we really want in our presidents is a guy who kicks behinds. That fact alone, set against the backdrop of what we have running for president this time around and what they promise us (budget-balancing, healthcare, fairer taxes), is worth examining. Thing is, I have thought about it for two weeks, and still don't know what it tells us.

Human nature being the unchanging thing that it is, we shouldn't be surprised when we read

1 Samuel chapter 18: "It happened as they were coming, when David returned from killing the Philistine, that the women came out of all the cities of Israel, singing and dancing, to meet King Saul, with tambourines, with joy and with musical instruments. The women sang as they played, and said, "Saul has slain his thousands, And David his ten thousands."

Are we any different from the Israelites saying they like David as king because he killed ten times more people than King Saul did?

I'm still thinking this one through.