7 Things I Hate About the Covid 19 Situation

"A hug is good for the soul."
Many years before reality TV was a genre with a name, I was watching "Love Connection" (a dating show) late one night. The host asked the man and the woman how the date went, and whether it ended with a kiss. They both said it had not, and there probably wouldn't be a second date. However, the man said it had ended with a hug. The host turned to the woman and asked "Was that OK? Was a hug appropriate?"  She answered: "A hug is always appropriate. A hug is good for the soul."


It took me a decade or two to appreciate the wisdom in that powerful statement, but it's very true: a hug is, in fact, good for the soul, whether it's between two people who just met, or two longtime, intimate friends or loved ones.

I was reading the details of a widow of a Covid 19 patient this week. They had been married for 4 decades, and were living in a retirement home. When he was on his deathbed, Covid 19 was suspected; naturally, she was quarantined. So when he died, nobody, not even close family members, were allowed to get near her, let alone embrace her. And this was a time when she needed a hug the most.

As I watch our nation's political and business leaders making decisions about who can gather together, and for what purposes, I am grieved when I read stories like the one about that widow, and I am deeply disappointed at what this event is costing us. And by "cost", I'm not just talking about dollars.


In no particular order, here is a list of different effects that this pandemic, as well as the imposed isolation, is having on the people in our nation. These effects, while not surprising, are very saddening.

Distance between people      In times of panic, or near-panic, we need each other more than ever. We need to gather together to pray. We need to bring meals to each other, to mow lawns, and to run errands for those who cannot. We need hugs. We need interpersonal conversations, where one person can sit down and let someone pour their heart out to another. We need to invite people over for dinner or game night. Pretty much everything we should be doing for each other during hard times is either ruled out, discouraged, or made more difficult in the current environment. We are told that human contact is to be avoided, when human contact is what we need the most. 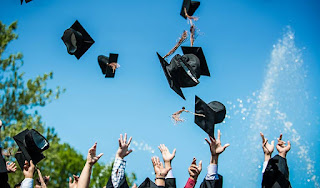 Seniors getting robbed
By "seniors", I'm not referring to the elderly, but to young people in their last year of high school or college. These kids are missing out on proms, scholarship opportunities, and their last chance to participate in extracurricular activities, and there won't be a Next Year. Most Spring sports seasons have been canceled, which is sad for the kid who's been playing baseball since he was 6. The choir student who was going to get her first solo in that big production in April. That drama student who had been memorizing the script, and developing his interpretation of the lead character in the upcoming, but now cancelled, last big stage production. The sprinter or pole vaulter or discus thrower who was gearing up for one more track season.  Even the chance to walk across the stage to receive a diploma might be taken away.

Additionally, high school seniors have to live with the distinction of being born in the aftermath of 9-11 and ending their childhood in the middle of a pandemic. Nothing in my lifetime has impacted the culture so quickly and so strongly as these two events, and 18-year-olds are having their childhood bookended by them.

Church outreach to the local community
Many churches look at Spring as a great time to reach out to the community. The Christmas holidays are over, the weather is getting better, so we pray, and we plan to hand out popsicles at the park while we tell people that Jesus loves them. Or we send teams to the local Wal-Mart or apartment complexes with the intention of sharing the good news of the gospel with whoever God places in our path. But the current mindset is to avoid people; especially strangers, and to avoid conversations, because the longer you spend within a few feet of someone, the greater the risk. By seeing our chance to engage in conversations with people we meet taken away, we are losing countless opportunities to lead people into a relationship with Jesus.

Church outreach to the other nations
Just as we want to share the Gospel with those around the corner from us, we also are driven to tell the good news to those who live much farther away. But travel restrictions are keeping missions workers from being able to go to other nations. Yes, it's short term for now, but at this point, we have no idea of the long-term changes to our ability to travel to other countries. I have friends in the mission field who are heartbroken because they have either been told to return to the US from the field, or because they have been kept from leaving the US to go there. Some of them have many years invested in the relationships they have made in those places; this is nothing short of brutal.

Events to feed the hungry or homeless
Tango Tab, a Dallas-based operation which arranges donations from restaurants to feed the hungry, also arranges events where dozens of volunteers spend a few hours each Saturday handing out sandwiches to, and meeting the basic food needs of, the homeless is various communities. It's just one of many organizations which conduct gatherings where food is handed out. But because such events end up resulting in potentially hundreds of people being in one place at once, they're having to curb their efforts at a time when the need to feel cared for is more important than ever.

The Economic Impact
By complaining about shutting down sports events, schools, theaters, and restaurants, I'm not saying the closures shouldn't be happening. That's for our leaders to decide. But I am saying it's devastating that it has to happen, and the damage done will last a long time. Some businesses will go out of business completely, because they just don't have several weeks or months of spare cash to keep them afloat. Stop and ponder that for a minute. Someone's life's work is wiped out in a week or two, through no fault of their own. But the sad stories include even those who do stay in business, because there are individual employees who need the work, who feed their families by working in these places. That lost income, however long it lasts, will leave a trail of destruction that's going to last much longer than the shutdown itself.


Marginal church attendees
I am thankful to be part of a church full of members who are committed to following Jesus. But like every local church, there are also some marginal attenders who, if encouraged the right way, will eventually commit to true fellowship with, and obedience to, Christ. My concern is that, by foregoing in-person services for online ones, many of these folks are going to fall between the cracks. Because I was a nominal Christian myself for a few years, I take this one personally.

Our response
My list above is not intended to complain about the situation, or to question the shutdown decisions by our leaders. To have to make this call is to bear an enormous weight that I wouldn't wish on anyone. But as a Christian, and a citizen, and a human, I feel a certain kind of ache just knowing that the very thing we need right now--closeness and fellowship and each other -- is the very thing that's being denied to us.

What should our response be? Like any other difficult situation, it should be to (a) ask God what He wants us to do, and (b) do it.

This piece started out talking about a show named Love Connection. It's just a bit ironic that this pandemic is working to make us less connected than ever before. Before a couple of weeks ago, I never knew how cruel a pandemic could be, and now that I do know, I won't ever forget.