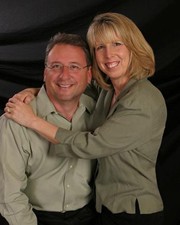 Tuesday marks the 2nd anniversary of the passing of my friend Tim Wright. In a way, I lost him before September 18, 2010, as he was pretty much unconscious the last several weeks. But I did go see him a few days before he died. My friends Bill and Brian played guitar as we sang worship songs, and I held Tim's hand as he lay there. He didn't have the appearance of a man with a brain tumor; if you didn't know any better, you'd think he was just napping.

The next day, September 19, was a Sunday, and my oldest son Jacob was baptized. I loved the timing. Tim did wonderful work in the lives of people during his life, but here, less than 24 hours after his passing, I witnessed the continuation, in the form of Jacob's baptism, of the mark Tim left on the world. I say that because, while I'm not a perfect father, anything good that happens as a result of my parenting can be credited at least partially to Tim's influence on my life. So it was an honor to kick off Phase 2 of the Tim Wright legacy by witnessing Jacob's public proclamation of faith.

Now, two years later, I still feel a sadness when I think of Tim not being a part of my life. I want to sit across a table and rejoice with him about something that's going well in my life. I often want to hear his take on something that's not going so great. I want to hear his latest extremely creative idea. I want to co-teach a class with him again. I am bummed my kids didn't really get to know him. I must have had lunch with him 100 times, but I would love to have a few more.

I don't know if records are kept of such things, but I'm pretty sure Tim and Janice's marriage was the best one ever. Many men left that memorial service half-inspired, half-intimidated by the stories we heard about the kind of husband and father he was.

Although this post is about how saddened I am on this anniversary, the pain his family has endured is surely a hundred times worse. Feel free to pray for them today.

I just went back and re-read what I wrote just after he died. Remembering certain things about his personality, his habits, or just the way he said things, brings a smile to my face, even if it's a sad smile.

lindafay said…
I feel comfort in believing that he is now part of the great cloud of witnesses rooting us on.

Bryana wrote to Tim in a book of poetry she recently had published.

I think you will understand:

You got there early? Not fair!
but all the better : when we come
by martyred twos and threes, worldworn,
or single ones, new children, young-adopted,
shell-shocked, not sure,
all us tired, barefoot staggering
we’ll know one gate-greeter for sure.
Peter maybe I won’t know
– by sight, not at first
but you, even decked in glory,
we will.