But I Had No Idea 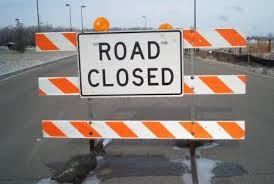 Like most Americans, I grew up with some idea of what the birth of Jesus looked like: a hotel with a "No Vacancy" sign, a barn out back, three Wise Men outside, bearing gifts. I thought I knew what it was like, but upon further review, I learned that I had no idea. Jesus was most likely born, not in a barn next to an inn, but in the part of a house where the animals are kept. The Wise Men may not have shown up till Jesus was a year old, or older. There weren't 3 of them.
I thought I knew what it was like, but I had no idea.
And if you think we have no idea what went on, consider Mary and Joseph; though they had more revelation than any other human at the time, they had no idea what they had signed up for, and what their lives would be like as a result of being entrusted with this particular baby.

I recently re-watched the Lord of the Rings trilogy. I love the Council of Elrond scene, the one in which several leaders, wizards, and soldiers discuss the need to transport the One Ring to Mount Doom. As all the Alpha Males engage in flexing, arguing and accusing, the smallest guy in the group--humble Frodo--simply states "I'll take the ring".


He made a commitment right then and there, even though he had no idea what he was getting himself into, or the very deep cost his commitment would require of him. His journey looked nothing like he would have imagined it would. He had no idea how he would be attacked, nearly killed a couple of times, spun into a coma-like state by a giant spider, and betrayed by Gollum. He thought he knew what he was committing to, but he had no idea.

Marriage is another one, of course. We thought we knew what it would be like, but we had no idea. (I don't think I need to elaborate on this one.)

The lesson here: life is different than we thought it would be when we were kids. And that's uncomfortable, but as they say: God is not as interested in our comfort as He is in our spiritual maturation. And make no mistake: our response to unmet expectations is a measure of spiritual maturity.

Here's the thing about following a God who surprises us: How we handle the unmet expectations and disruptions will define us. We can continue to follow and trust Him, or we can choose to go a different path, to place our trust in something or someone else. But there's no getting around this truth: one day, each of us will answer for how well we trusted Him despite the unexpected turns, roadblocks, and speed bumps that showed up on the path He has laid out for us.


But the good news is, God's reality is better than what we imagined. 1 Corinthians 2:9 tells us that eye has not seen, ear has not heard, the good things He has in store for those of us who love Him, and that verse is referring to this life as well as in the next. In this life, He comes out of nowhere with solutions; He is better, kinder, and offers more grace than we expected.

Because we had no idea.

That's a truth I need to keep reminding myself of. I'm going through something in my life now that's, to be honest, very disappointing, and I cannot simply will myself out of it. I don't see an end to the situation right now. It's like there's this black cloud following me around, informing or influencing my every decision. I need to trust in God, but doing so has been more difficult than I could have ever imagined. How will it turn out? When will it get better? What will life look like next week? In 6 months?

I have no idea.


Trust in the LORD with all your heart And do not lean on your own understanding.
Proverbs 3:5

Bill McCoy said…
Beautiful perspective and so very true. Some of the deepest growth in my life came from trusting God when my expectations weren’t met. God seems to orchestrate these desperate times to remind us that control is an illusion but His faithfulness is real.
February 15, 2020 at 10:28 PM