5 reasons I'm holding back my political opinions from social media 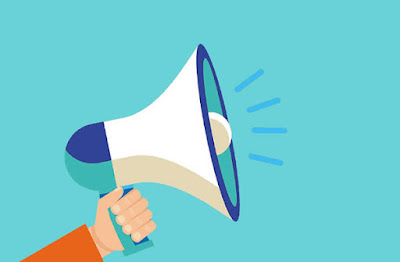 Many years ago, I made a wonderful discovery: I love discussing ideas online. This took place in various forums, but my favorite location for this kind of interaction was when I was part of the Burnside Writers Collective. Started by Donald Miller and and mentioned in "Blue Like Jazz", Burnside was a place for aspiring Christian writers, mostly to the left of me and mostly younger than me, to write about issues that were important to them. I debated with most of them, but in a polite and respectful way, and they eventually invited me in. Burnside is long gone now, but I have made a few friends. I've even met a couple of them in person.

As BWC faded away, I Facebook-friended most of the writers there. The Facebook discussions I had with those friends became less about posting what you had for breakfast, and more entrenched in the us-vs-them divisiveness which now plagues us as a nation. This happened not just with the friends I know from Burnside, but even from my own church and other walks of life. Most of those online friendships are intact, but I am sorry to admit that, because I was over the top with how I presented my views, I have alienated a few Facebook friends.

Around a year ago, a Facebook friend sent me a scathing personal message. I don't agree with all of what he said, and some of it was very unfair. But some of what he had to say was on target. How much? Enough of it. Enough to cause me to re-examine my online interactions.

This examination has led to my choice to pretty much pull back from social media discussion of political or hot-button theological topics these days. Here are my reasons:

1. I sometimes agree with what Republican officeholders are saying or doing, and I sometimes disagree with those same Republicans. Evidently, I'm supposed to only choose one party, right or wrong, and never admit the "good side" might be wrong about something, or that the other side might be making a valid point. Truth is, I'm tired of being shouted down by my friends on the Right and the ones on the Left who refuse to concede such things.

2. It appears that everyone who has a political opinion these days is convinced that (a) Trump can do no wrong, or (b) Trump can do nothing right. There is no in-between. No careful thought about the actual policies, nor is there any listening to what the other side has to say. There's only a reaction based on the fact that it's Trump.

3. Because Trump is unfit for office, I don't like him being center-stage. I agree with a few things he's done in office, because I am convinced -- based on positions I came to long before Trump ever entered politics -- that those particular things are good for our country. In other words, those same good things would have happened if some other Republican had been elected. But because he's who he is, all these topics have become about him. And I don't want to contribute to it being all about Trump.

4. Go back to #1 in this list. Because I just said that Trump is unfit for office, someone's going to read this and say something harsh to me. And because, in the same paragraph, I said Trump did a couple of things right, an entirely different set of people will shout me down.

5. What's most important: It took me way too long to come to this conclusion, but I get it now: all of this is a distraction from what's the most important thing we could possibly be discussing: God made us, we sinned, Jesus came to save us from our sin and to heal us from the effects of those who sinned against us, and He's invited us to be part of that healing. As a Christian, it's my role to let people know this stuff.

Jesus's work in our lives far outweighs anything good or bad that any politician will ever do.  I'm choosing to focus on what matters most.