A Moment You Can't Get Back

A year earlier, the boy won his school spelling bee, and then took 3rd place in the area bee. That day's winner, Ansun Sujoe, ended up sharing the national title. By finishing just two places behind him, the boy saw himself as just a step away from qualifying for a trip to Washington. So he resolved that next year was going to be his year. He began, 7 months early, to study the list of several hundred pretty hard words. He studied in the car and at home, often at the expense of time with the TV or video games.

The goal was to make it to the nationals, but before that could happen, he'd still have to achieve 1st or 2nd place in his class, and then for his school, in order to match last year's progress. Now, on this night, here he was, one of 3 remaining contestants in the school bee. He only had to last longer than one of the others. The boy was asked to spell a word he knew well. But his excitement at getting such an easy word led him to go a little too fast, and from his mouth came F-I-E-R-C-L-Y. 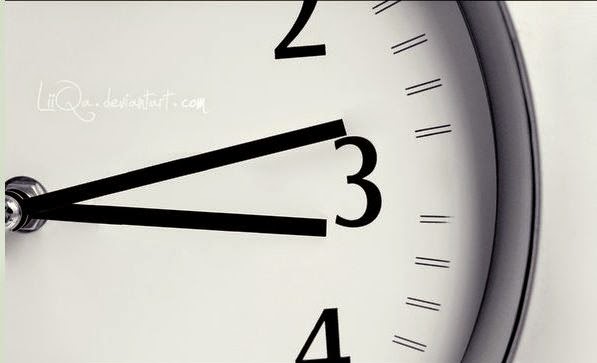 As a parent, it was a hard thing to witness. The shocked look. The busted dream. The idea that all these months of studying were for naught. The look of loss on his face. The quest to go all the way to the nation's capital had ended before he could even make it out of his own school.

With an unintentional, momentary slip, the boy was done for the year, just like that. The missed "E" took less than a second. One tiny snippet of time did him in.

Oh, how he wanted that moment back. The unfairness of it all! But what's done is done. There is no do-over. No rewind button.

I felt bad for him that night, but I am proud of how he handled it. He'll bounce back, and a lot of good will come from this unexpected turn of events that changed the course of the upcoming weeks.

A single sliver of time can change everything. I think of others who also have one moment they wish they could have back:

The paraplegic who injured herself as a teen while diving with friends in a pond.

The man whose wife is devastated by the words he said to her in a rage.

The 20-something who put a kid in the hospital with her decision to run that red light.

The athlete who feels he let his team down when he let that ball go in and then out of his hands.

A soldier in the VA hospital, learning to use his prosthetic leg, because he failed to notice that IED on the side of the road in Baghdad.

The prisoner in San Quentin doing 20 years because he bowed to peer pressure and participated in this buddies' crime.

Do you have a single second in time you wish you could get back? I do, and I'm not alone. Many have regrets about something we did, said, or allowed in one moment, at some point in our lives. Something we did, or something we chose not to do. Either way, our lives were affected.

We all have an lying enemy who wants nothing more than to keep us from walking in the truth, and when it comes to regrets, two lies pop up on a regular basis.

Lie #1: That moment defines me. This is crucial: don't fall into the trap of thinking that that one moment speaks to who we are. It doesn't. We may have messed up, but the instances where we did the right thing are too many to ignore. We are not defined by our slip-ups.

However, we can certainly be defined by how we respond to such moments. "It's not about how you got knocked down, but how well you got back up" sounds like a tired cliche, but it's 100% true.  While God doesn't allow us to have a do-over, to press Rewind, He does take great interest in our reaction.

Lie #2: If I could have a do-over, my life would be so much better now. The great thing about our God is that He's not surprised by these things, and He can and will use all these things to fit His purposes. The exciting thing is that we get to watch it play out. The boy who lost the spelling bee exhibited great character and maturity when he held his composure and congratulated the two kids who finished ahead of him. He likely learned a few lessons through this ordeal which will make him into a better young man. When we accept that these important life-changing moments are not random, we can better embrace His guidance on the new unexpected path that our life has taken. Someday, we may even look back on it and see God's wisdom in the entire thing.

God is so gracious to us that He finds ways to redeem our bad moments, but He's not in the business of erasing them as if they never happened. Despite David's sincere repentance, God didn't make Bathsheba un-pregnant.  If you had a moment that you want to have back, I am sorry: you cannot get it back. The uniqueness of God is that He chooses to redeem our bad moments rather than simply erasing them. Trust me when I say this is good news.

Restoration: The real meaning of Jeremiah 29:11
"'For I know the plans that I have for you,' declares the LORD, 'plans for welfare and not for calamity to give you a future and a hope."  Sadly, Jeremiah 29:11  is widely misunderstood because so often, it's taken out of context.

This is not a Word-of-faithy, feel-good, everything-will-turn-out-alright verse; God is scolding His people when He utters this statement. For crying out loud, He's promising them 70 years of captivity as a consequence of their sin.  But a proper contextual understanding of His promise actually yields us great news: even as we come to realize that bad things are going to happen, God is going to find a way to wipe the mud off of this thing and clean it up.

God is in the restoration business. But restoration doesn't mean He pretends the bad moment didn't happen. He doesn't give that moment back to us so we can do it better and avoid the fallout. He redeems it. He restores us where it's needed most: on the inside (Psalm 23:3: "He restores my soul")

No, you cannot have that moment back. But if you will hand it to God, He'll do more with it than you could ever imagine.

Anonymous said…
Lots of wisdom here. Thanks for posting this. And thanks for shining light on the context of Jeremiah 29 (one of the most poorly understood passages in modern Christendom).
January 30, 2015 at 9:23 PM