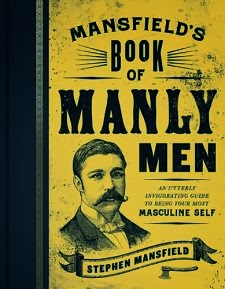 When the men's movement in Christianity started in the mid-90's with Promisekeepers, it was badly needed for me as I approached my 30's and entered married life. A few years later, I was introduced to John Eldredge's "Wild at Heart" as I became a father.

It's my stance that movements like these are needed, not because men need to assert their place as top of any hierarchy, but because many of our nation's and culture's troubles are caused by the failure of men to be who God called us to be, and to act as God has called us to act. Moreover, as one who grew up without anyone to model manhood for me, I have personally benefited from these books and teachings.

Now, 20 years later, it's likely that many who appreciated the men's movement may have concluded that all has been said that needs to be said; I don't share this point of view. I love the message of Wild at Heart. It was life-changing. But it did leave me at a place where I realize my father wound, prayed about it, sought healing, and then talked about it.  But that's not the ultimate goal. If our families are to flourish, if we as Christians are to bring about God's kingdom in the lives of those around us, we men need to stop talking about our father wounds and apply what we now know. We need to be the husbands, fathers, workers, teachers, coaches, and ministers that we are called to be.

That, readers, is the goal of Stephen Mansfield's new book, "Mansfield's Book of Manly Men".  Don't be fooled by the humorous cover and title. This substance in this book is, well, substantial. It's meat for those who have been drinking milk. It challenges the reader. It contains great stories and examples, but ultimately, the point of the book is simply to explain what men are called to do, then calls men to do it. If Promisekeepers was the trumpet call, now is the time to move forward, and Mansfield is leading the charge.